One-Hit Wonders: 20 Artists Who Only Ever Had One UK No. 1

To celebrate the release of his new book, The Story of NOW That's What I Call Music In 100 Artists, author Michael Mulligan walks us through 20 artists that had a No. 1 single but never graced The Top 40 again.

Fancy singing along to some of these one-hit wonders in the comfort of your own home? You can grab a free 14-day trial of our online karaoke subscription service here: luckyvoicekaraoke.com

A collaboration between members of Indie bands Colourbox and AR Kane, ‘Pump Up The Volume’ spent two weeks at No. 1 in October 1987.

Did You Know: It was a Double A-side single – the other side was called ‘Anitina (The First Time I See She Dance)’.

The 1991 Comic Relief single was the one and only hit for comedians Gareth Hale and Norman Pace. It spent one week at the top and was replaced by Chesney Hawkes's ‘The One And Only’.

Did You Know: Brian May of Queen and David Gilmour of Pink Floyd played guitar on the single.

Doop came from the Netherlands and spent three weeks at Number 1 in 1994 with this updated version of the 1920’s dance craze, the Charleston.

Did You Know: This was the second eponymous No. 1 single in the space of six months, following ‘Mr Blobby’ by Mr Blobby, the 1993 Christmas No. 1.

This instrumental by French DJ Mr. Oizo spent two weeks at No. 1 in April 1999 after it was used in a TV advert for Levi’s jeans.

Did You Know: Jim Henson, the creator of The Muppets, made flat Eric, the yellow puppet in the TV advert.

Did You Know: ‘Everybody’s Free (To Wear Sunscreen)’ has been translated into German, Portuguese, Swedish and Russian.

‘Do You Really Like It’ went straight in at No. 1 in June 2001 and spent twelve weeks in the Top 40 but the Pied Piper’s follow-up single ‘We R Here’ failed to trouble the chart.

The only hit for Spanish sisters Lola, Lucia and Pilar Muñoz entered the chart at No. 1 in October 2002 but lasted one week at the top before it was replaced by ‘Dilemma’ by Nelly featuring Kelly Rowland.

Did You Know: The next song in Spanish to reach No. 1 was ‘Despacito’ by Luis Fonsi and Daddy Yankee in 2017.

Recorded for the soundtrack of the cult 2001 film Donnie Darko, this version of ‘Mad World’ wasn’t released until 2003 when it became the Christmas No. 1 and topped the chart for three weeks.

Did You Know: The Michael Andrews and Gary Jules version got higher in the chart than the 1983 original by Tears For Fears, that peaked at No. 3.

The only chart hit for American singer Frankee aka Nicole Francine Aiello, it was a response to ‘F**k It (I Don’t Want You Back)’ by Eamon, which it knocked off the No. 1 spot in May 2004.

Did You Know: Eamon managed one more Top 40 single with the 2004 No. 27 ‘Love Them’, featuring rapper Ghostface Killah from the Wu-Tang Clan.

Did You Know: Three Of A Kind was the name of an Eighties TV comedy sketch show starring Tracey Ullman, Lenny Henry and David Copperfield.

Nizlopi were duo Luke Concannon and John Parker. Their debut single ‘JCB Song’ entered the chart at No. 1 the week before Christmas 2005, but was pushed down to No. 2 by X Factor winner Shayne Ward.

Did You Know: Ed Sheeran was the guitar technician at many of Nizlopi’s early shows and has stated they were an influence on his musical style.

Yolanda Be Cool were Australian duo Andrew Stanley and Matthew Handley, while DCUP was producer Duncan MacLennan. They spent one week at No. 1 in July 2010 before The Wanted with ‘All Time Low’ replaced them

Did You Know: ‘We No Speak Americano’ samples Renato Carosone's 1956 track ‘Tu Vuò Fà L'Americano’ which is sung in Neapolitan.

Another Spanish DJ but this time with Dutch singer Esthera Sarita. ‘Loca People’ topped the Singles Chart on September 25 2011, and sold over 75,000 copies in its first week on sale.

Gotye was Belgium-born Australian singer Wally De Backer while Kimbra was New Zealand singer Kimbra Johnson. ‘Somebody That I Used To Know’ reached No. 1 in February 2012 and spent five weeks at the top.

Did You Know: ‘Somebody That I Used To Know’ was the best-selling single of 2012, with sales of more than 1.3 million.

Did You Know: If listening to ‘Bom Bom’ makes you thirsty it’s because it was used in a TV advert for Southern Comfort.


Storm Queen were American DJ Morgan Geist and singer Damon C. Scott. The song ‘Look Right Through’ was remixed by Mark ‘MK” Kinchen and spent one week at No. 1 in November 2013.

Did You Know: ‘Look Right Through’ was replaced at No. 1 by Martin Garrix ‘Animals’ - one of three instrumental No. 1s to appear on NOW, along with ‘Doop’ by Doop and ‘Flat Beat’ by Mr. Oizo.

The winner of Series 10 of The X Factor made her chart debut in December 2013 with a cover of Demi Lovato’s 2012 single ‘Skyscraper’. It spent one week at No. 1 and we never heard from Sam again.

Did You Know: Sam was the first X Factor winner in three years to get the Christmas No. 1 spot, which was filled by charity singles from The Justice Collective in 2012, and The Military Wives Choir in 2011.

Canadian Reggae band Magic! and their 2004 single ‘Rude’ were No. 1 in the UK for just one week in August before another One-Hit Wonder, Norwegian duo Nico & Vinz, replaced them.

Did You Know: Although Magic! topped the chart in both the UK and the US they only managed No. 6 in their native Canada.

New York born Rachel had her only No. 1 in September 2015. She co-wrote ‘Fight Song’ with songwriter Dave Bassett, who also co-wrote another 2016 One-Hit Wonder, ‘Exes And Ohs’ by Elle King.

Did You Know: ‘Fight Club’ was used as the official anthem of the 2016 Invictus Games, the competition for wounded, injured or sick armed services personnel and veterans.

Kent-born DJ David Zowie Batt came up with this July 2015 No. 1 after he sampled an obscure US track ‘Music Is Pumping’ by People Underground.

Did You Know: In July 2015 the Official Charts Company moved the new chart announcement to a Friday and so ‘House Every Weekend’ became the first Friday chart topper.

Queen B: 20 Rare Facts About Beyonce

Queen B: 20 Rare Facts About Beyonce 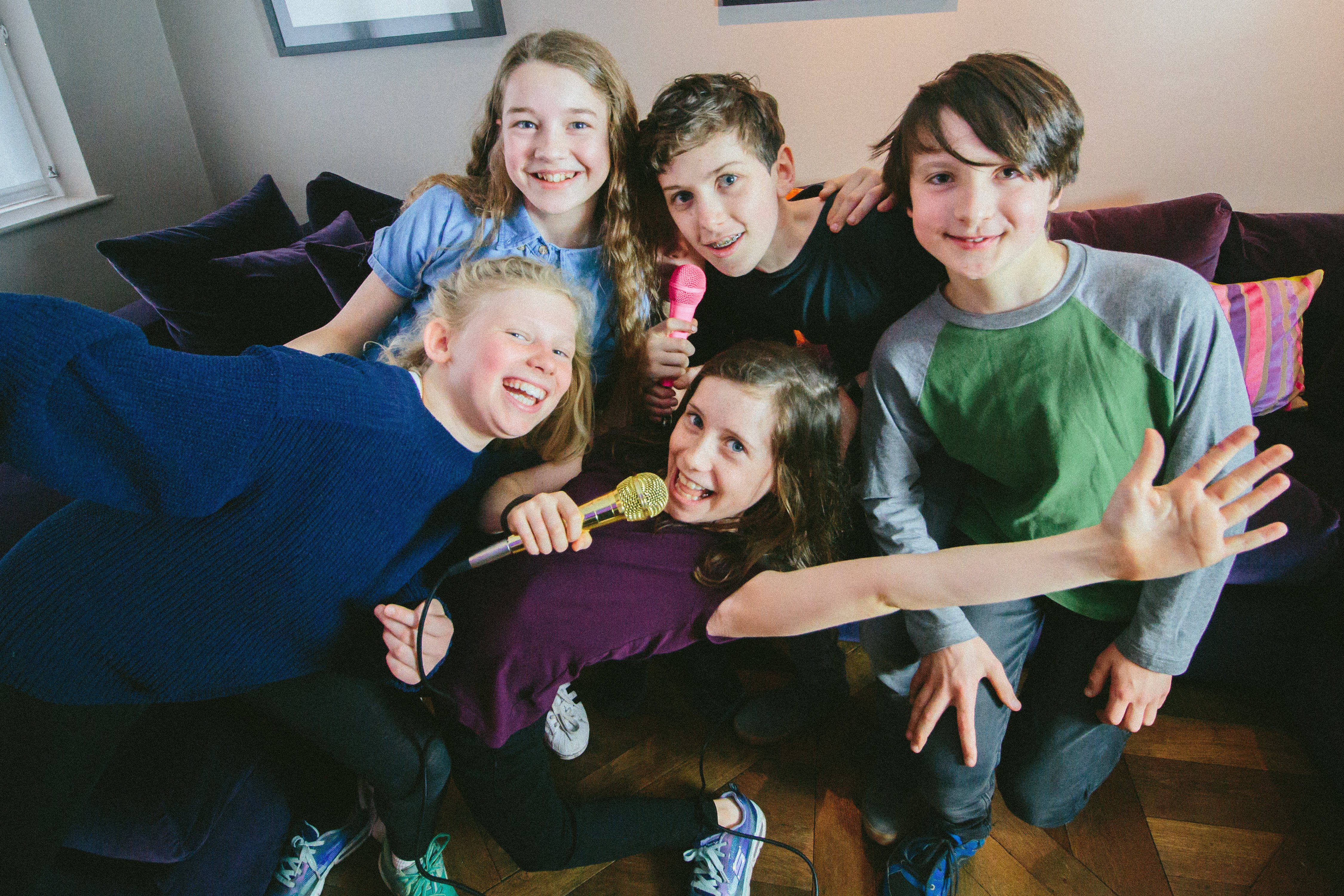 5 Reasons To Get Your Kids Singing At Home